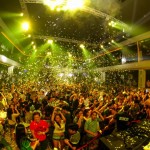 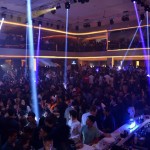 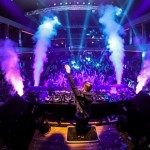 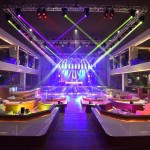 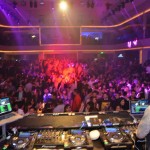 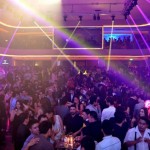 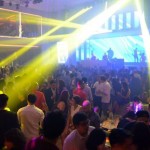 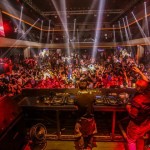 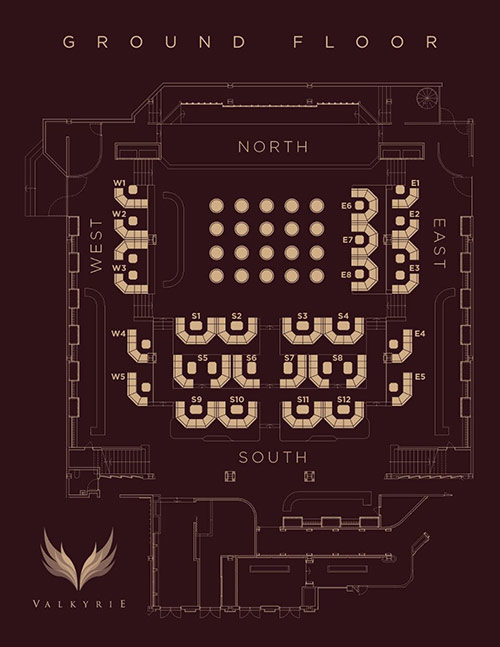 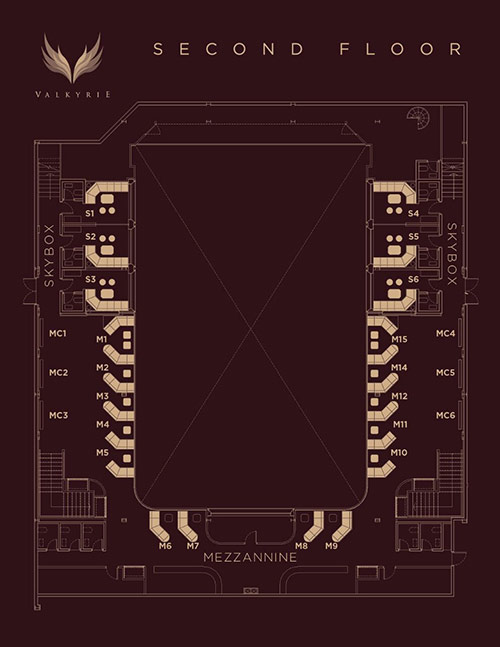 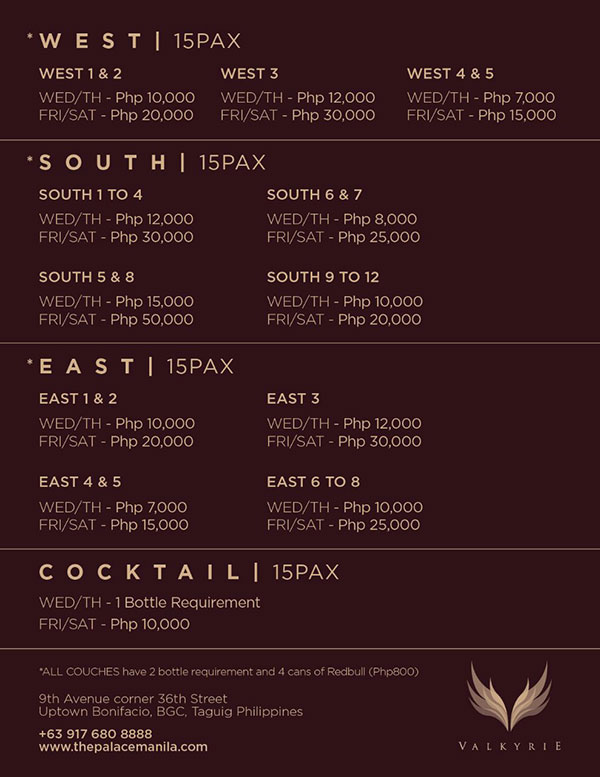 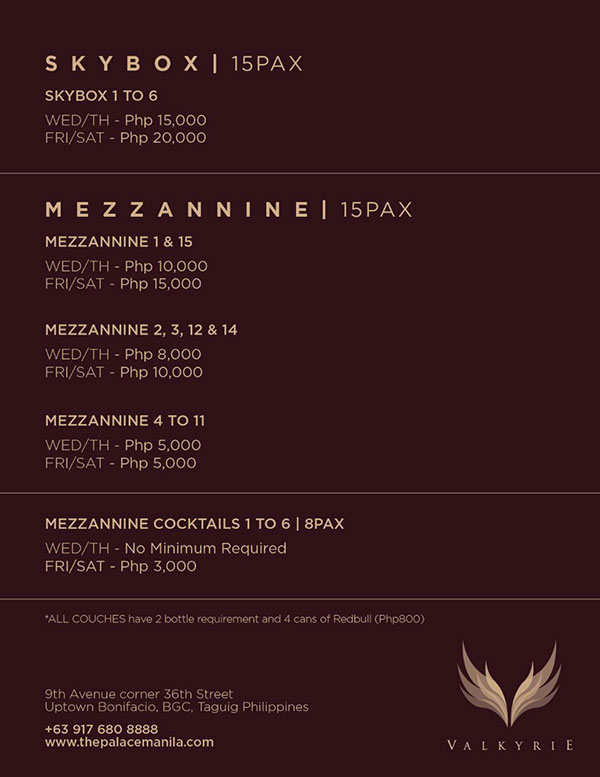 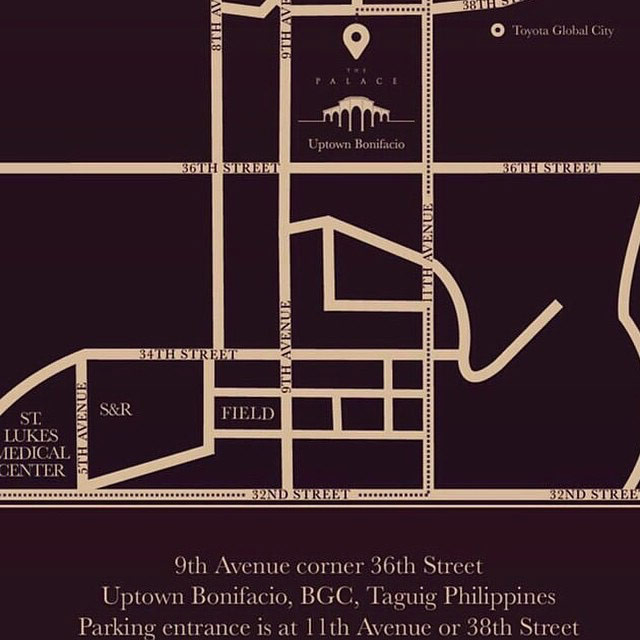 The Palace is a nightlife destination brought to you by the group that brought you some of Manila’s best clubs such as Embassy/Encore, Members Only, Manor, Privé, Republiq, Opus, 71 Gramercy, Universe, etc. It is located in Uptown Bonifacio (BGC/The Fort) between 9th avenue and 36th street.

The Palace has multiple clubs including a day club (The Pool Club), a nightclub (Valkyrie) and a luxurious lounge/club (Revel). In addition there are various bars and restaurants. Below are the most Palace’s clubs and restaurants. Click the link to go to the club’s individual page where you can find table layouts (floor plans), price lists, guest list info, VIP list info and photos of each club.